“Dame Ruth Carnall has over 30 years’ experience in health care, including 20 years as a chief executive in acute hospitals, mental health, community services and health authorities. She spent seven years in charge of the NHS in London as Chief Executive of NHS London and now works providing strategic advice to leaders in health care.”

That’s what you will find if you google her, and read her bio on The King’s Fund Web Site.  As ever in the studied intimacy that is an in-depth 90 minutes chatting with Roy Lilley, he does unearth much more. 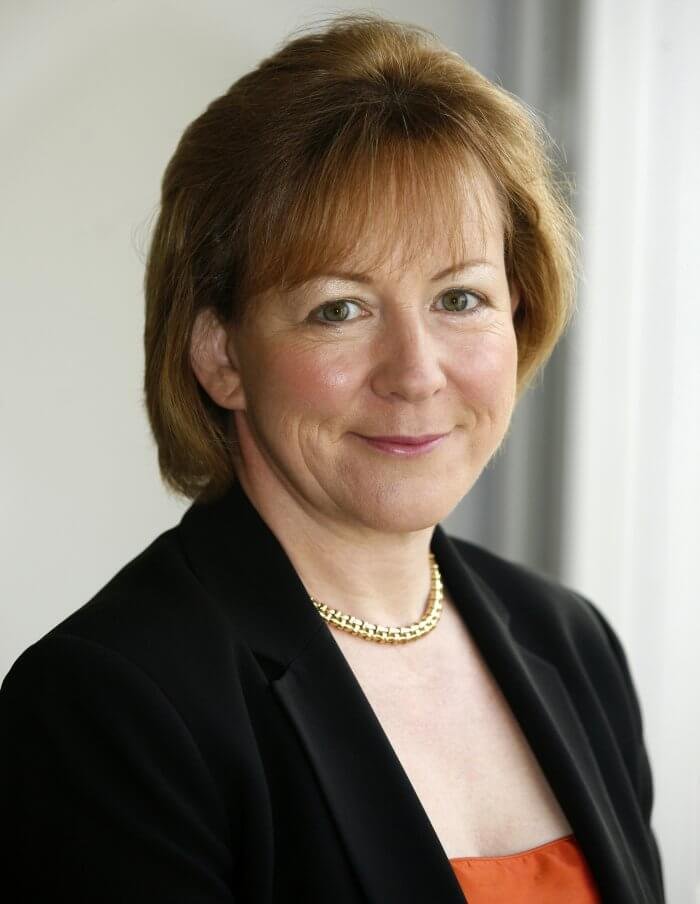 Roy Lilley’s first health chat guest was indeed the brave and innovative Ruth Carnall.  5 years later, she returned.  There had been many other guests in-between.  And I am sure there will be many a returner now that Ruth has paved the way – again.

I wasn’t able to be at The Kings Fund for the meeting, but caught up via NHS Managers You Tube channel which you can do yourself by clicking here.  It is worth the time.  The comments as live at the time on Twitter were summarised as “Common sense and a deep determination, from a normal human being telling it how it is – bold but modest”.  Go look, and join the 7000 who have done so already.

Let’s get back to the late 1970’s. There were very few female directors in any businesses at the time, and even fewer in her chosen specialism – finance – and even fewer in the Health Service. It does appear to have improved over the last 40 years, but maybe not at a startling pace.  First day back from Maternity leave, she discovered the Chief Exec had been removed, and she was to be acting Chief Exec from that day. Brought son to work, because they had a workplace nursery at the hospital.  Lots of discussion about why this wasn’t common practice still.  As Ruth said, it made money.  And with a predominantly female workforce in the health service, wouldn’t it make a lot of practical sense?  40 000 nursing vacancies should give us a feel that something simple but radical could help? Roy had one when he was a Chief Exec…it seems a non brainer to me?

Ruth started in London, trainee in finance department at Mary’s , then onto St Thomas’s. Even in 1979, when the accounts were still handwritten and ledger driven, Tommy’s already had Speciality Coding with clinician involvement.  It was paper driven, very labour intensive, but worked.  The culture shock was moving out to Hastings, which wasn’t quite at that level of sophistication.  Resigned from there because they wouldn’t allow a Chief Exec to be involved in a job share. Applied for a job in SE Thames which was a 2/3 day split job share.  Big positives are you get two for the price of one, with the best of two different approaches. Avoided London whilst kids were young, because of the commuting and longer hours expectation of networking and the like.  Roy did discuss this balancing act of work life and family and work with Ruth.  It was interesting that this often happens with a female in the chair at a health chat, and I have never witnessed that with a male interviewee.  Do I just need to get over it?  Like Ruth did with her opposition to a nanny when she had two small children, for fear of delegating the mothering part of her life? She realised it was her who had to get over it.  A leadership decision if ever there was one…we will come back to resilience tips later.

London beckoned after East Kent when the nanny offered to leave as the children could cope now they were over 12.  The big stuff in changing the way London acute health care worked happened now. Working with Lord Darzi, the evidence based changes centred on centralising genuinely acute care.  The Stroke initiative in London personifies the approach.  As Roy said, the thinking is based around starting with the patient and working backwards. Had a stroke? You used to be taken to one of 33 centres, who were generalists.  Now, there are 8 Hyper Acute Stroke Centres. Geographically optimised to minimise ambulance hold ups. Para medics trained to diagnose and take the patient straight to the specialist centres.  And outcomes are hugely improved.  The mapping caused the first hurdle as one of the best performing potential units was Tommy’s, and the leading Stroke consultant there was naturally not convinced.  Dr Tony Rudd though changed from that to becoming an advocate through evidence based argument.

That’s one example, and it is the special case (to me) that is London. It has been rolled out in some other metropolitan areas, like Manchester, Birmingham and other cities. But centralisation wouldn’t work in some parts of Devon.  Ruth gave the example of Barnstaple, where perhaps having a stroke centre would make specialisation excellence sense, but it wouldn’t geographically, because having a 65 minute ambulance journey would lead to worse outcomes.  Evidence based, horses for courses.

Andrew Lansley was brought up in this health chat, yet again. A lot of these initiatives were harder to do as Lansley thought all would be improved with having a market mentality. (I am sure the likes of North East coast railway and Carilion may make us decide differently in future?). Ruth and the team managed to get it through (but it is teeth grindingly difficult in the face of politics and the hoops to jump through to get anything past the anti change audits and form filling).  Memorable phrase from Roy: “We are at last scraping the final bits of Lansley reforms off our boots”.

Another fascinating section was Ruth’s top 10 tips for improving Resilience.  She wrote it originally 30 years before.  It was mentioned on Roy’s e newsletter, and had 2000 downloads.  Ruth found that a little depressing.  Why does it still resonate so much now? When will we move on? There is still prejudice in the workplace.  It is still hard to get the balance between job and kids sorted.  There is more pressure than ever.  What with Social and other media, and the loneliness at the top and  the lack of support.  20 % of chief execs in hospitals are currently interim appointments.  The most successful places have a long-term incumbent.

Another area? Merging Health and Social Care.  Roy has changed his mind, and thinks they have to remain separate, because one is free at the point of delivery, and one is means tested.  Ruth agreed with that, but thinks a merger has to happen, and we just need to think differently about the means testing. A debate for the future…

She was sensibly proud of the Stroke initiative.  And Leadership Development for Junior Doctors (some classroom, but main learning from being assigned to a mentor Chief Exec, and learning by osmosis).  This worked both ways, as you as a Chief Exec heard from the front line how your decisions affected outcomes, affected individual patients.

There was more…click here to go watch if you have the time.  I loved it. It really is a worthwile lesson in doing, not just talking about it.