This was quoted on one of the first courses I attended, as a management trainee.  It was back in 1983.  (As an aside, I mentioned this to a group on a Leadership workshop I was running last week – and three of them weren’t born in 1983!  This felt a little strange…)

“Hand stress back to the rightful owner”.  As a new manager, the trainers suggested that it would be quite likely we thought we would be able to fix everything. Including staff who shouldn’t be there, or systems that were beyond repair.

From the soft skills point of view, this sounds quite hard?  But think about it…it is only negatively soft and squishy if you don’t push back.  It’s not fair on the rest of the people around you if you get bowed under and ground down by you taking on what should belong to others.

Someone performing badly?  Why should you defend them?  Yes, you should support them directly to get better – but that involves development, coaching and them taking up the cudgels – not you doing it for them.  And if they don’t take up the stress and the opportunity?  Well maybe a different sort of stress needs to be visited upon them!

“Here’s the example of what you are doing.  This is the effect it is having on me and others.  This is what I expect in the future.  So, what’s your first step?”

Someone handing the stress back (from Trainers Images at www.glasstap.com)

Being straight isn’t being too hard – it is absolutely appropriate in many situations.

It’s the same if you are  a team member – and you get to much dumped on you.  Learn to say no, and offer alternatives.  Handing the stress back can easily be done without the No word.  “I could do that – but I can’t get around to it until tomorrow afternoon.  Does that fit your schedule?”  And see them taking the stress right back!

Definitely one of the top soft skills, in my view.  Think about this as one of the central themes for ‘trust’.  In training terms we often call this ‘active listening’.  In simpler terms, we, as empathetic humans, always know when someone isn’t listening to us with all their head and heart.  I run a fun little exercise on courses to prove this.  Someone is set as the active speaker – and is told to prepare by thinking about their last holiday or what they did last weekend – because they will be talking about it for two minutes soon.  Then I take the listeners and brief them to be attentive for the first 30 seconds, start feigning lack of interest for the next 30 secs, then lose interest completely after 1 minute, but come back after 90 seconds – to try to repair the relationship!

It is always fascinating.  Some speakers just stop trying to speak.  Some get angry and say things like – Hey – I’m obviously boring you – just listen up will you?!”

I think she is listening?

And these are people at a workshop who know I have set something up…but they can’t help themselves reacting big-time!

The listeners find it very uncomfortable too.  It feels unnatural to be that impolite…

BUT – we all will do it today at some point.  Not quite being there.  Not being fully engaged.  Thinking about our response before we even have allowed the speaker a bit of their own space.  We will interrupt.  We will drift off into thinking about that report we have to write, or that meeting we need to be at.

And – do you know – it will always cost us more time to fix the conversation or even the relationship than if we had just been there, fully, in the moment and listened.  That’s the way trusting relationships are built.

A lot of us have to present to groups at meetings.  This can be daunting, can’t it?  Whether it is just you as the expert chatting around a meeting room table, or being on stage talking to hundreds, there are some essential rules that can help get you in the right place to make sure your message gets across. 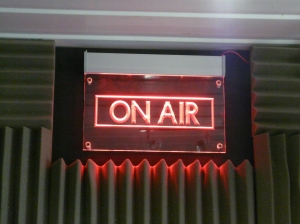