A debate at Quintiles IMS,London, chaired by Roy Lilley.

And just look at the panel…

Tim Sheppard, General Manager QuintilesIMS – our hosts for the evening – thank you!

And the audience was a good cross section of patient group advocates, senior NHS folk, and high level representatives of global Pharma.

Pharmaceuticals is a big business – and personally, I do hope it continues to be successful, as I have pension interests tied up in that! £60bn turnover. £30bn exported (probably only defence is larger?). Anyway, pretty darn big.  We did really only have space for the question in the title, but with nuances around Brexit, John Bells report and a few asides to show Roy hasn’t lost his shin kicking skills. As Tim from Quintiles IMS said in his closing remarks, the shin kicking at least had been distributed equally…)

There was a lot of positivity from the panel – with Mr. Lilley providing the negative balance!

What do we think about the NHS? Here’s a feel for the opinions:

Patients love it, but good news doesn’t sell well, so we hear mainly bad.  Our Aussie prof (Keith) suggested we are excellent at beating ourselves up, and we should be proud of the level of care provided, and celebrate rather than denigrate. Tim, from the sponsors, felt it is creaking, and change, rather than evolution, might be necessary. Our ex MP reminded us that two million people more are seen in 2016 than in 2010.

What about Brexit – is it really the road to hell in a handcart? This question took us into John Bells report on the future of life science in the UK, and into Pharmaceutical Research and more. Roy was concerned this 75 page report specifically excluded pricing.  He did have more concerns – and I did too – read Roy’s critique on his e newsletter here, and look at the full John Bell report here.  It was this second question which took us all the way to wine and canapés ! OK there were many supplemental tangents and some inputs from the audience, but it does show how much people have invested in thinking about the effects it will have.  It was fascinating.  Let’s have a game of positive and negative tennis, shall we?

It does sound like a lot of positive things may be happening.  I was particularly heartened by the local initiatives stories. As an example, the Pharma Challenge from Christies in Manchester.  This grew out of a Vanguard group, doing what was said on the tin, and this forum manage to make things happen, and saved a lot of money. Everyone was involved motivated and they made it happen.

Unlocking the vast data store we have does not seem beyond the wit of man.  It needs to be shared and used well to inform patient outcome improvements. It has been done. It can be done more.  Care.Data 2 or the MY data patient led project need to happen quickly.  It feels like we need also to improve the speed at which Pharma research can start. It only takes 90 days in USA, and up to a year in UK. That could drive people away?

It does feel like a lot of things will focus minds with Brexit actively driving innovation through fear of the negative consequences?

Professor John Bells summary of the future of life sciences in the UK concluded, “This strategy provides a unique opportunity for the country and I hope it can be delivered effectively in the coming years”.

I think there are reasons for remaining optimistic.  The panel talked a good game.  The many local golden nuggets of good practice, already happening, gave me the most positive feeling.  We just need to keep innovating, which is what Britain and the whole Life Sciences sector has historically been good at.

Especially when under the cosh.

Iain Robertson, Manager and Station Watch Commander, Winchcombe Fire and Rescue, managed to fit in a chat to our new Winchcombe U3A monthly meeting in August – in his very busy schedule!

So, I thought, this is one of the people who look after us.  The people who run towards when most of us will aim to run away from some of the terrible things we see in the news.

The Winchcombe Area U3A members were ready to learn more from Iain , Incident Commander in Winchcombe.

(As ever, there were loads of particular sayings and acronyms that all professions have. If you attended, you may notice that I have mis-noted some.  Iain, if so, I apologise…)

“We risk our lives to save save-able lives and save-able property”.

OK – our attention was most certainly grabbed.  We wanted to know more.  Why add “rescue” to the title? Part time firefighters? So, just volunteers, and amateur?  I wasn’t brave enough to ask these as questions, you understand, but I think similar thoughts might have passed through the minds of other audience members.

It used to be The Fire Brigade.  Remit is now much wider. Fire calls have dropped 63% in 5 years.  Road traffic accidents continue to increase.  Flooding rescues and fixing still continue to escalate.

Nowadays, the Retained Duty system Firefighters tend to be more rounded in their skill sets.  They have to do the firefighting, of course, but there are presentation skill needs, social work style inputs at safe and well visits to the vulnerable and socially isolated, defibrillator use, and more.  There seems to be much more emphasis on prevention and protection as in fixing an incident.

The trainees have exactly the same training as full time fire fighters.  3 to 4 years. Then exams.  Practical stuff after that, like use of breathing equipment, how fires develop, and a full day long assessment.  And they have a day job too.

I was most taken by Iain also talking about the effects on family life.  They have to be 5 minutes from the station, sober, and ready to leave whatever they are doing as soon as their bleep goes off.  It’s the effect on family life that seems too intense for many, I would think.  120 hours a week on call?  Wow.  Just so surprising.

Other facts that fascinated:

Advice to us all?  It is no trouble to be called out.  “The second you think you needs us….call”.  And as a family, have a fire plan.  And it’s better if you can, to just get out.

The safe and well visits, plans for the vulnerable, prevention and protection all seem to be bearing fruit.  I suspect it is just far more logical, but with much less adrenalin! They have partnerships with GP surgery, day care centres and food banks.  There is a sensitive amount of social awareness here, and it feels like it is working well.

I’m glad they do the running towards, on our behalf.  And although currently all 11 are male, 3 of recent applicants were female.  Winchcombe Welcomes walkers, and fire women!

(Iain had to rush off after questions to do a safe and well visit. After much applause).

I have mentioned before what I feel links all the speakers I have ever seen at Roy Lilley’s Health Chats: it is the passion the interviewees have.  It is more than vocation, which must be where it begins, I assume. Most of those I have heard interviewed have been in and around the NHS most of their working lives. The passion is not just part of their make up, or a line on a CV.  It is the umbrella over their whole, the glue, the oil, the Raison d’etre. 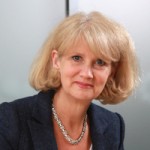 Claire Murdoch exuded it in everything she said and had done and is doing.  Even to the point of giving the Lilley a good going over! (He is only as interrupting as John Humphrys like as he is, if he likes and respects the interviewee. I think I would worry if he suddenly became nice…)

I think though, I missed out on one bit. Are we over medicalising mental health? Is the model of care clinical or what? I think it dripped out later but not as a straight answer? Check out the NHS Health Chat You Tube recording here to see if you agree, and also if you agree with my opinions here.

Mental Health certainly has changed from the Asylum days (although asylum is quite a positive, cosy and protective word, just lost in negative connotations.). And in 30 years time we know that people will look at what we do now, and think ‘they did WHAT?”, like we do to our predecessors.

I got some new stock phrases that I may have to steal. “Rich and textured view”. “Peer support workers”. “Lived experience”. Like those? There were more…(I knew peer support workers, honestly.  The others felt new to me, and felt apposite.)

First question was about the impossibility of recruiting 10 000 staff by the end of the 5 year forward view. (5YFV).  Spread over 44 STPs that is only 300 each…which does sound more possible? And retaining just 1% more than today gives 6000 extra workforce anyway…

And one way to achieve that? Claire hit back at Roy’s assertion that Mental Health is hard.  “We have got to get away from that thinking – always describing the arena as awful and tough. That’s not my experience. And not the experience of the people I work with.” Talk up the job, and ignore The Daily Mail? Maybe easier to say than do?

Next excellent forehand return was to the rejoinder “so what stopped you being patient facing and going into management?” The reply – “I am still,patient facing, and always will be”.  Lilley trailing 30 love already…

It felt like her rise through to the top had been serendipitous rather than driven.  I loved the reason she applied for the Chief Exec role at her Trust. “I didn’t want anyone else to do it”. Fab!  Ruth Carnell was on the panel, and said to her that there would be a time in her first twelve months when she would hit a wall and wouldn’t know what to do.  Claire was congratulating herself on getting past her 12 month point.  But it did happen, after 14 months.  She phoned Ruth, 9 pm on a Friday (as she had offered), and it worked for her.  A peer support worker is needed by us all! (Why do crises always happen at 9 pm on a Friday, with the phone boring with vitriolic reporters? The only solution is to go home at 8!)

Listening to Claire you do get the feeling that this is the time for Mental Health to make the most of its positive standing in the 5YFV. And the extra funding  (which has happened, and continues to happen, and is actually a positive return on investment. There has been an explosion in demand, but the reason for that is simple.  We are talking more, being more open to discuss and so intervene…

There were a lot of initiatives, copiable and shared.

There is currently a greater appetite for Mental Health than there has ever been.  There is a very talented workforce. And a great team at NHS England.  There is less stigma.  More organisations are putting it positively and centrally in their training and support services…even the NHS it would seem!

The twitterarti fed back how much they enjoyed Claire’s masterclass in handling the Lilley. One assertion she didn’t like was met with a 15 second silence – just excellent, I thought!

She thanked her parents for making sure she was a glass half full person. And this meant she wanted to celebrate the fact that our MH provision is world class. If the people you work with are courageous, sympathetic and amazing, as Claire suggested, then it is hardly surprising that this is so.

Yes, pathways of care will have to continue to be worked on to remain properly inter grated across all parts of the service.  And people with dementia will number 1 million in 2025, and how will we manage that?

If MH has come of age, then I have to feel we will cope well.  And it does feel in very good hands.