I have been running workshops in recent months all around getting the balance right between Banter and bullying – not letting everyday fun and frivolity spill over into something unwanted.  It has been fascinating.

Yes, on every workshop you may have the occasional person who doesn’t want to know.  But most people started thinking “Do we really need this?”  They all ended by feeling we did – and the biggest problem is it is so difficult to define.  One persons jokiness is another persons vicious verbal assault. 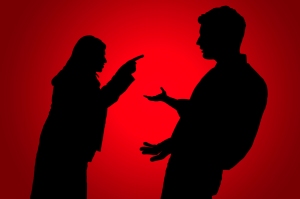 Blood on the carpet? (From my friends at www.glasstap.com)

It’s a bit like sarcasm – and those of us who are big proponents of the skill will always use the excuse that although sarcasm is the lowest form of wit, it is the highest form of intelligence.  But we sometimes fail to recognise the hurt it may cause.

As I said on most of the sessions, the only way to prevent any form of potential annoyance is to keep dead silence in the workplace.  But that could drive us all mad, and would not entice people to come to work!  Banter and humour are the lubrication of everyday life at work.

The problem is that the whole area is grey and amorphous.  The main message was it didn’t really matter what you were meaning as the speaker – if it was perceived as going too far by the recipient, then that needed to be fixed.

That led us to the things we needed to do to make sure any problems were nipped in the bud.  Better communication was the catch-all.  Within that, really simple ideas like apologising, actually saying sorry as quickly and sincerely as possible, was probably as good a starting point as any.  Simple soft skills are often the best ideas of all.